I’m so sorry I have been inactive on my blog for the last few weeks. You’re all probably aware that we got the keys to our new house on the 1st February and we worked solidly for a whole month on redecorating the entire place. We’ve also been acquiring furniture and making our new house a home. So, I thought I’d put together a post on the transformation for you all to see.

The day we collected the keys was the day the madness began. Ben and I were both excited, nervous and exhausted at the thought of the work we had in store for us after taking one step through the front door. The house was disgustingly dirty and the more cupboards and rooms we went into, the worse it got. There were loads of dead flies in one of the bedrooms, dog poo everywhere in the garden, there was years worth of food left stuck in the oven, mouldy food in the drawers, layers of dust on top of the cupboards and broken appliances. It took away the excitement we had for the place and to be honest, I was dreading moving in. I just wanted to hand back the keys from day one.

The first week we spent ripping vents out of the walls, sanding down and we even hired cleaners to clean the kitchen. Here are some photos from the start of our journey to making our house a home… 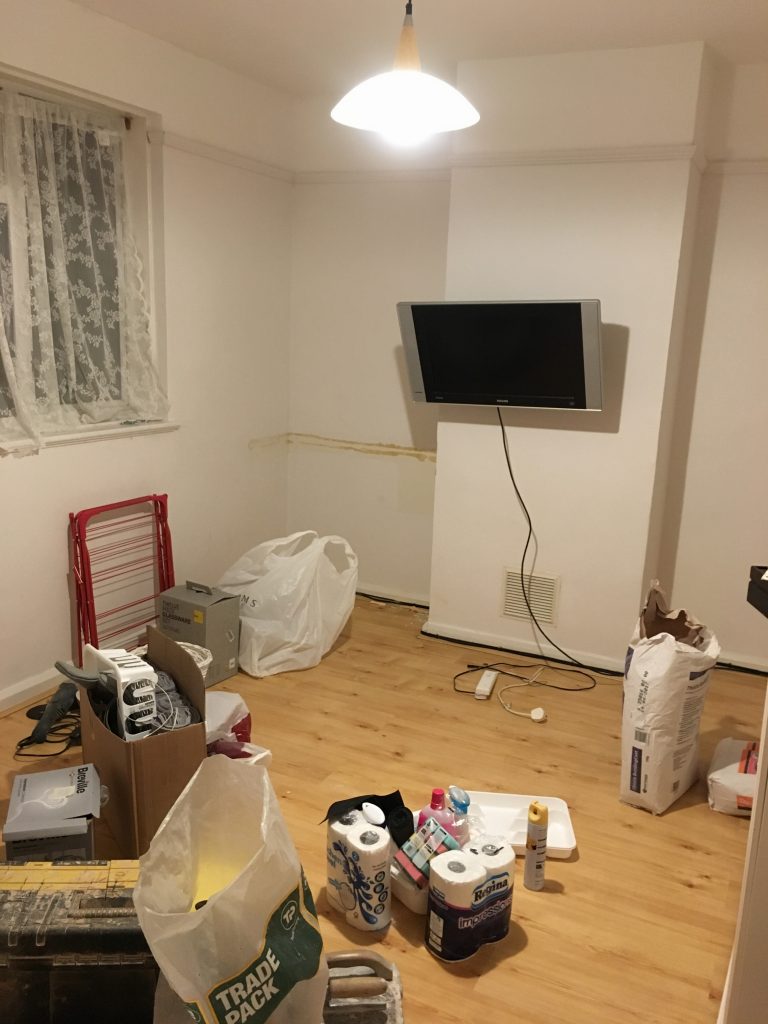 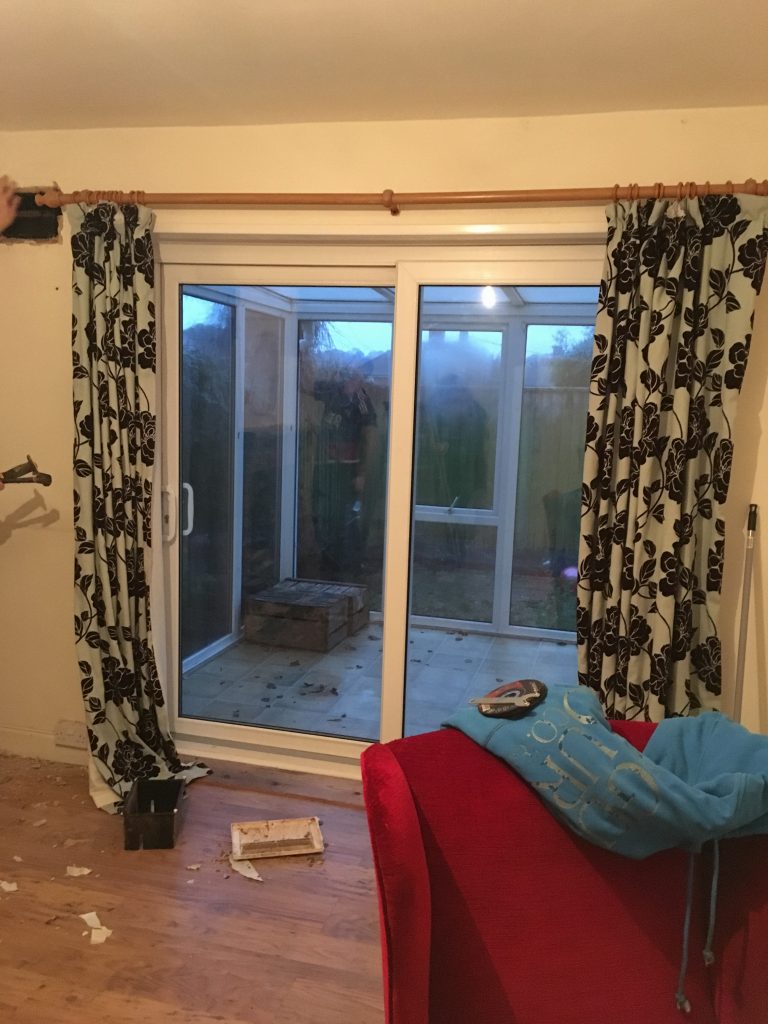 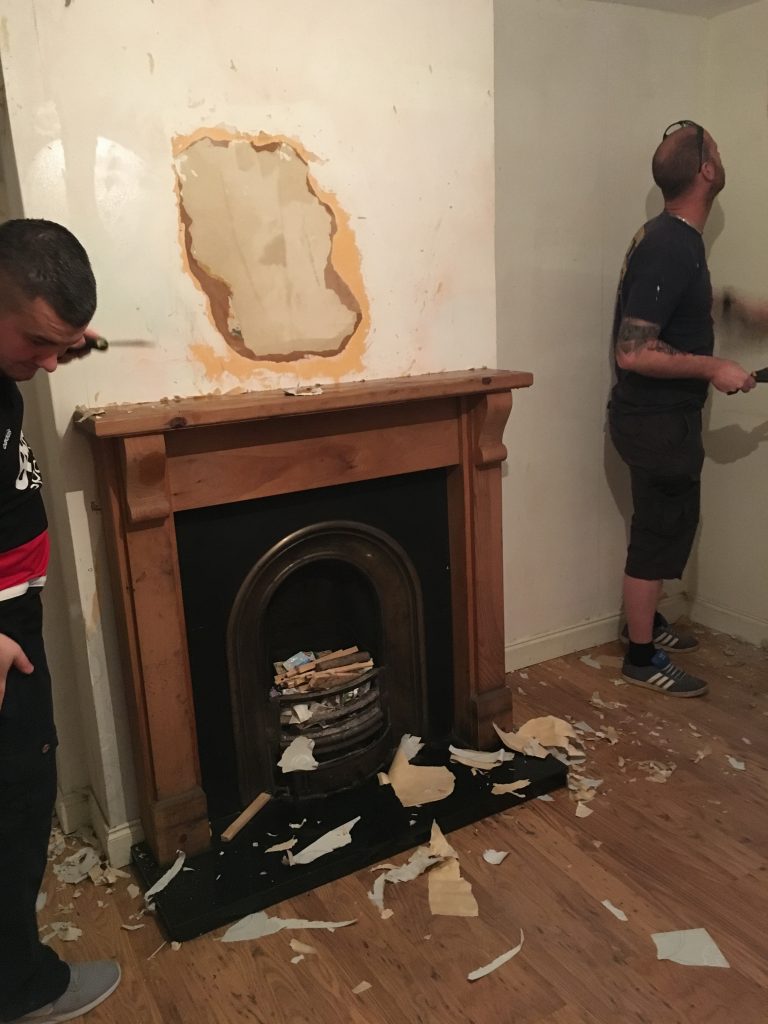 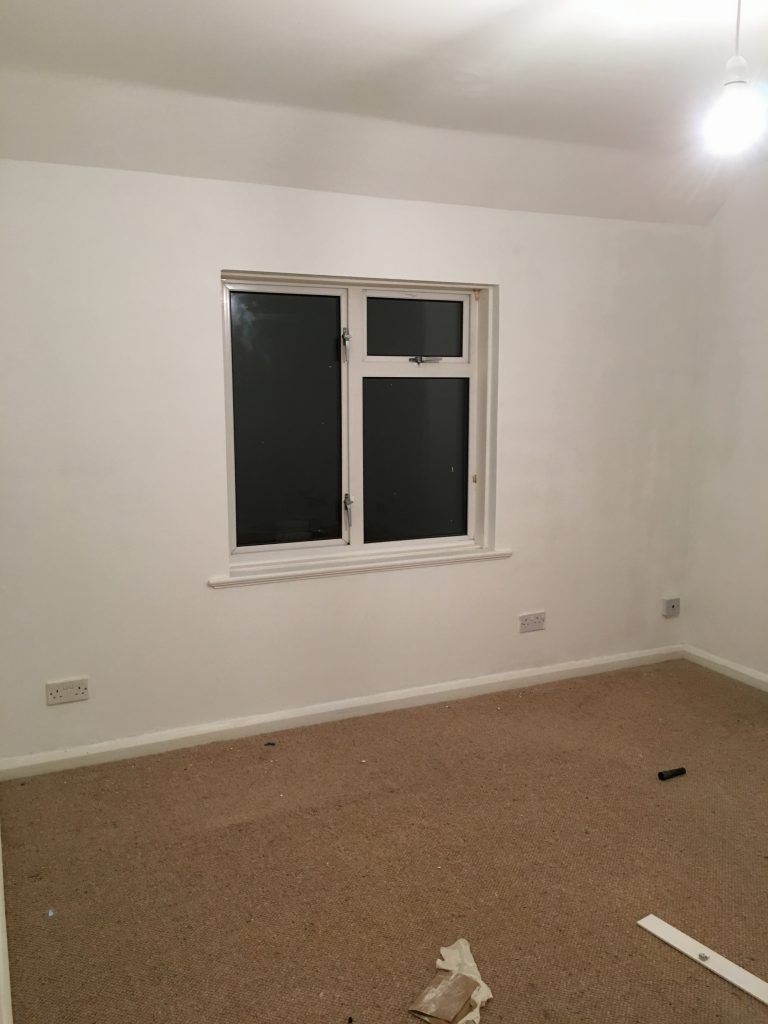 We would wake up at 7am and head straight over to the house, then we wouldn’t leave until evening. We did that daily for the first week until we had to go back to work. We would then go to the house straight after work until late. We had a lot of fun but it was also hard work.

Since week 1, we have redecorated the house from top to bottom, carpeted the whole of upstairs, painted furniture plus the banister, paid to have the roof, windows and gutters cleaned, had a new fuse board installed, and even adopted a puppy! 🙂

We had quite a scary moment a couple of weeks into it as we heard loud bangs coming from the kitchen. We weren’t sure what it was at first and thought for a second it could be the fridge. We unplugged the fridge, but the loud sparks still happened and they would light up the kitchen. We had to phone an emergency electrician who found some bodged wires from behind the washing machine. The previous owner had taped some wires together and we were told we were lucky it didn’t do more damage. At the time we thought we may have had to have the whole house rewired, but we’re lucky we don’t. If you’re looking to buy a house then PLEASE get an electrical report done. We didn’t realise you needed it and presumed that because we had paid over £400 on a Structural Survey, issues like this would have been picked up… But they weren’t.

Anyway, we’ve come a long way in just under 2 months and here are some photos of our home so far… 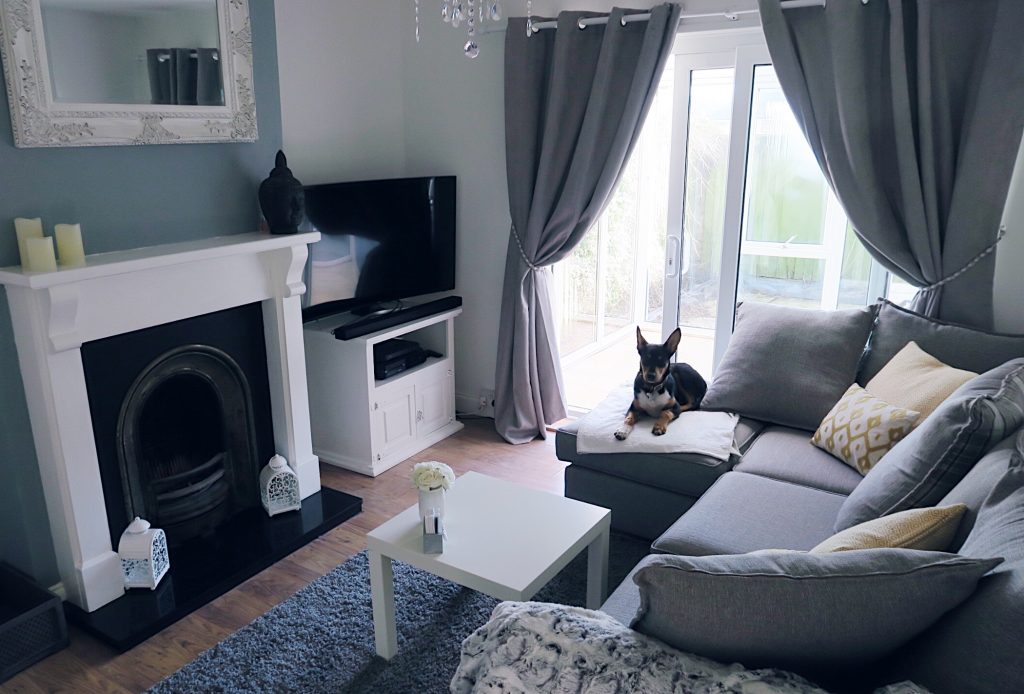 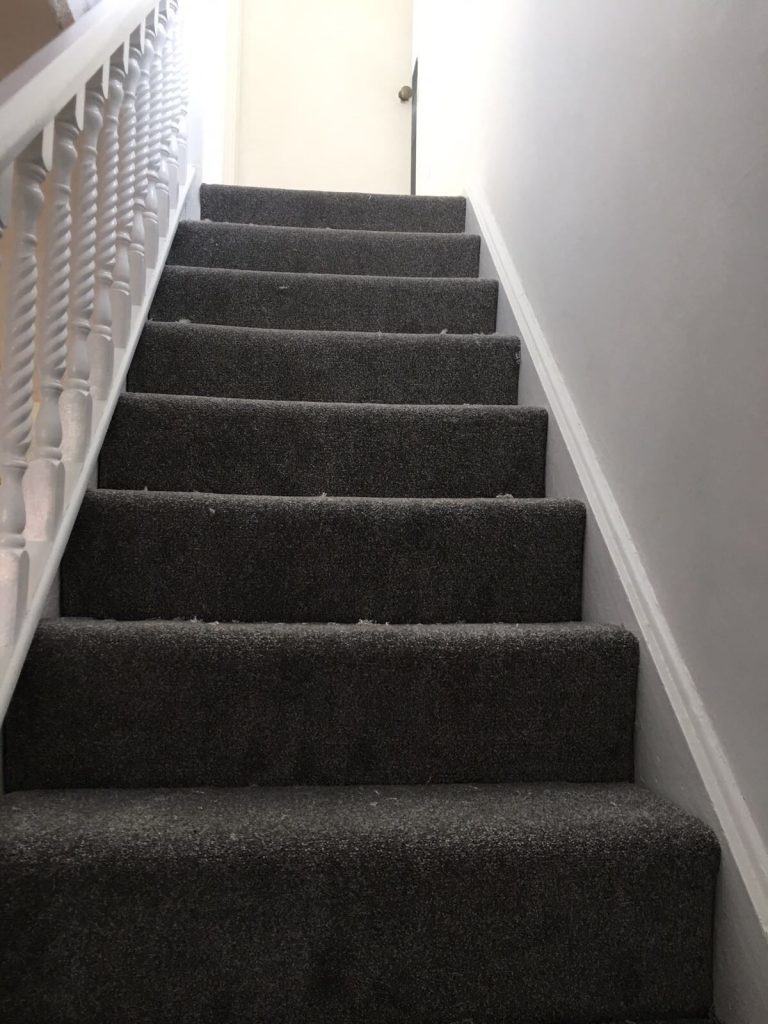 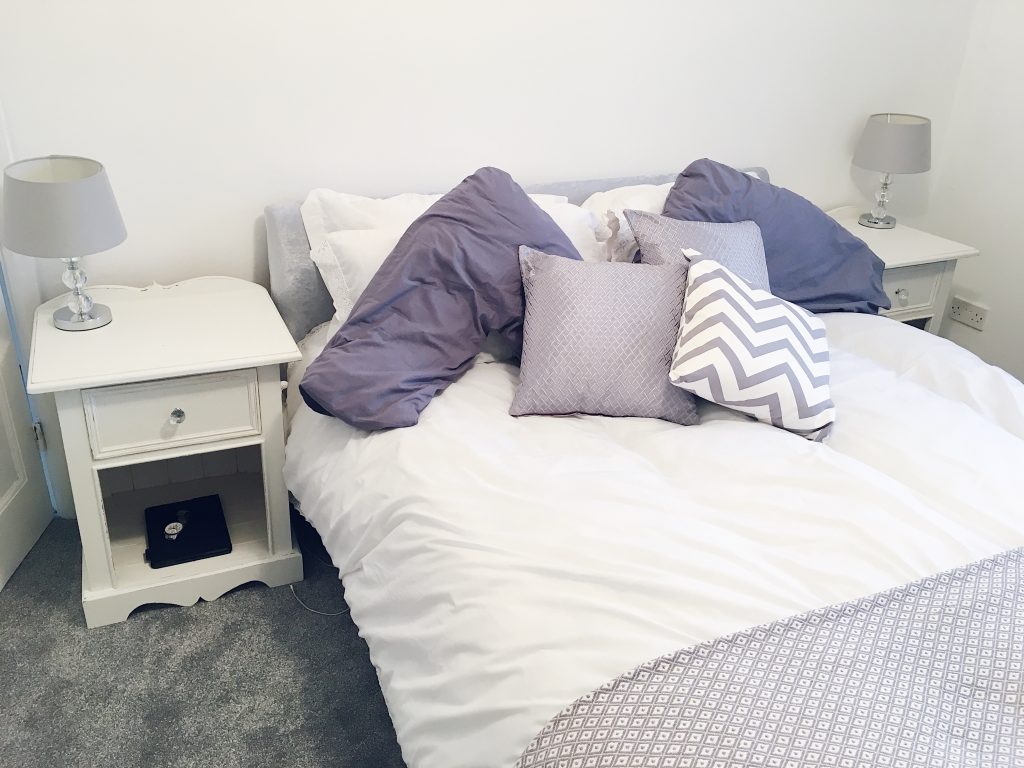 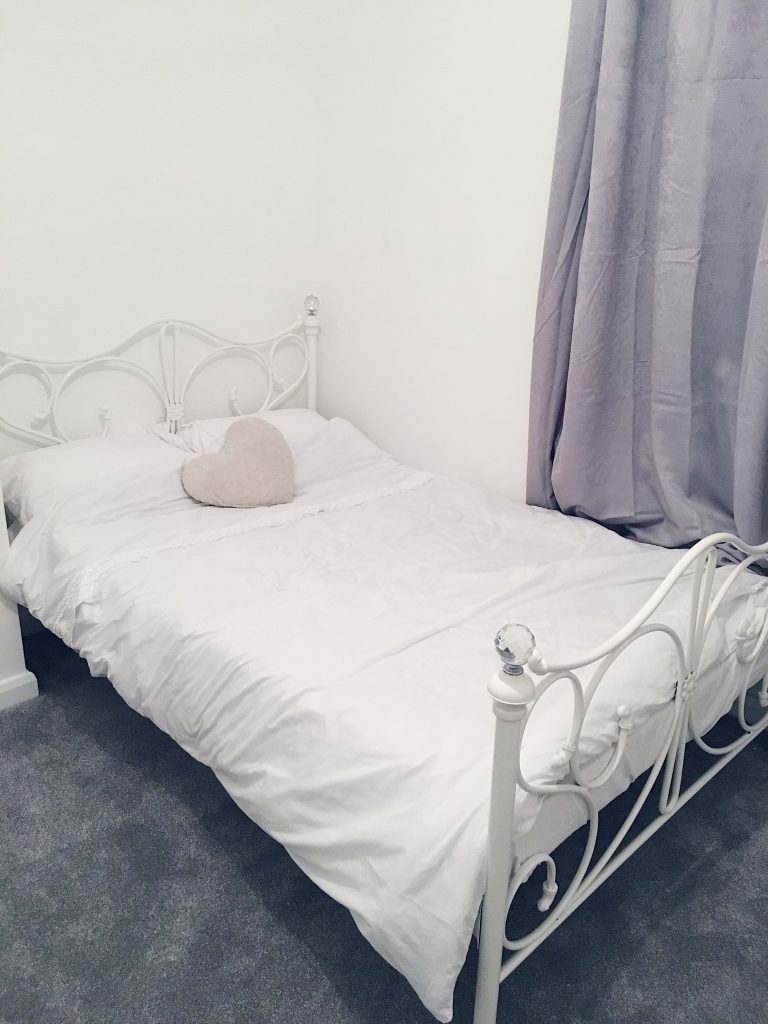 We’re still a long way off finishing the place, however, it’s a million times better than what is was 2 months ago. Keep an eye on my Instagram for regular house updates and also to find out where I bought our furniture and accessories. If you have any tips or recommendations then pleaseeee get in touch! As you can tell, I love grey & white! (LOL)

Oh yeah, here’s a cute pic of our new puppy. His name is Dylan 🙂 We’re not sure of his breed as he is a rescue dog, but we believe he is around 5 months old. We think he has a bit of German Shepherd, Rottweiler and Doberman in him.. Maybe even a fraction of Collie? We’re hoping to do a DNA test soon. He’s good as gold, sometimes a little cheeky but he picks up new tricks really well! He’s definitely helped make our house a home and we couldn’t imagine life without him now. 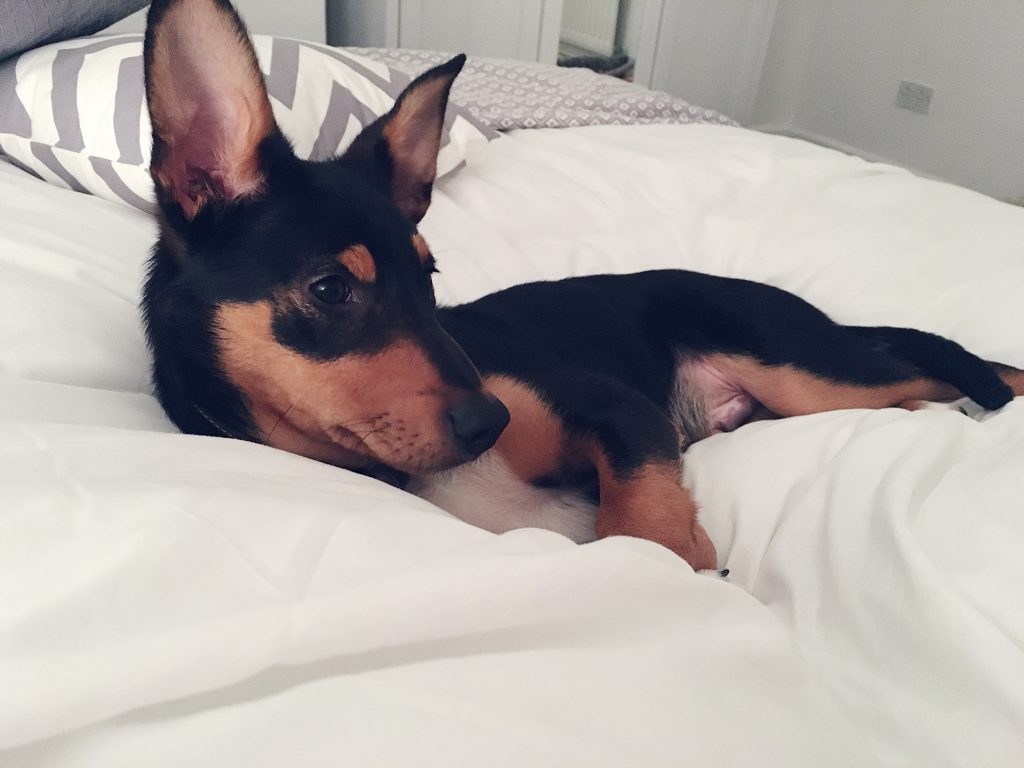